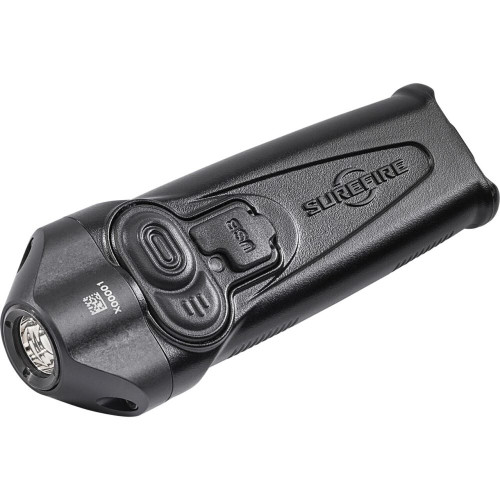 Sleek and slim, the SureFire Stiletto may only measure 4.5 inches long and weigh a mere 2.8 ounces, but it packs a heavyweight punch. Quickly switch between 650 lumens, 250 lumens or 5 lumens of smooth, well-rounded MaxVision Beam illumination, which projects a wide flood beam that's ideal for situational awareness; it's programmable from low to high or vice versa. The Stiletto's rugged polymer body features a tail-mounted tactical switch that instantly activates its high output or strobe feature in no time flat. Its long-lasting lithium polymer battery can be recharged with the included MICRO-USB cable charger, and its heavy-duty pocket clip will keep it accessible and secured. The Stiletto is a tool with a different kind of edge.